Written for the Canadian Press news agency in December 1990, some say the social observations and complaints outlined still remain. Bad manners, social pressure, whinging expatriates – you still get shoved on the subway.

Admiralty subway station at 8.30 am. A Kowloon train emerges from a harbour tunnel and draws up to an imitation marble-floored platform. The doors hiss, slide and shudder, then humanity floods across the concourse to another platform. This time they go east across Hong Kong island, oblivious of courtesy.

These scuttling scarabs are a fraction of the 2.1 million passengers using the subway each working day. They join hundreds of prospective passengers already there. It’s a sea of black hair with waves of suits, workmen’s overalls, executive skirts and school uniforms – all cheek-to-cheek and toe-to-toe.

As the next train comes into the platform people jostle for prime position. There is a little swivel of the shoulder just to get in front of the person next to you with the sound of shuffling feet gaining an extra six inches. “Please stand behind the yellow line,” crackles the loudspeaker, first in Cantonese and then in English.

Those words are spoken at every Hongkong Mass Transit Railway (MTR) station, every time a train pulls up at a platform, every day of the year. But no-one seems to listen.

The doors slide open and the people on the train are faced with a wall of people moving impassively forward. Two walls of humanity moving at eachother – one wants off, the others on. No ground shall be given. Few people stand to the side to allow disembarking passengers a chance to get off comfortably. If they do, they are engulfed by people who see the move as one less obstacle to boarding, a sign of weakness.

“The MTR’s courtesy campaign is aimed at the rush hours and we’re very conscious of the need for one,” says Miranda Leung from the MTR Corporation. So far the war against bad manners has had few victories since it started in 1983. Now there is a new strategy in the ‘Courtesy Campaign’.

The new storm troopers of decorum

The new storm troopers of decorum are ‘assistant’ guards and pedestrian traffic control markings. They are being tested at two of Hong Kong’s stations, Kowloon Tong and Prince Edward where the dash-and-push technique of boarding has been temporarily halted.

At Kowloon Tong platform passengers are forbidden to enter a yellow crisscrossed box painted on the ground. The train draws up and the doors open in front of them allowing passengers to disembark unhindered. Only on order and after passengers have left the train, can people board.

At Prince Edward station, passengers queue up two-by-two between parallel the yellow lines and ignore the flood of disembarking people passing on either sides of them.

At both stations two MTR assistants guard every door to make sure the rules are followed. Day one saw sour faces but few infringements of the new regulations. It is hoped things can but improve during the course of the three month pilot education scheme.

“I think the idea is worth trying,” said Lorna Wong, at Prince Edward. “It’s always difficult to get on or off but I don’t know if it will work. We’ve had so many courtesy campaigns.”

Indeed the box experiments come only weeks after a video campaign. Philips supplied video players and monitors at every MTR station showing highlights from the Asian Games staged in China and interrupted by a ten minute MTR video about good manners in the subway.

A defensive Leung of the MTR argued, “We got a very good reaction on that campaign, even commendations from passengers.” She defended the past campaigns which have ranged from student poster competitions, radio campaigns, TV commercials, slogans and even school visits and lectures. “It’s not something we can achieve overnight and I think our passengers, by and large, have an awareness…. whether they do it or not is another thing.”

It is an issue of constant interest in Hong Kong, with hardly a day passing that the local papers do not have a letter about MTR etiquette.

One man wrote that it was always expatriates complaining about rudeness and in his experience it was unjustified. But Perry Lou finished his defence by writing, “I also admit that many local MTR travellers hasten to get in the local compartments whenever trains arrive. But this is indeed understandable. Hong Kong after all, is such a hustle and bustle city that everyone is compelled to work and live in such a hurry. They just do not want to be left behind….”

“We see the majority of people behaving properly it’s only a minority that don’t.” argues the MTR spokeswoman.

Fanny Leung is fed up of excuses saying it does happen all the time and she is tired of it. “I remember once a passenger left his seat and an old lady walked to it. When she was about to sit down, a well-dressed primary school pupil ran up to it and put his hands on it. He then took it.” It’s a scene everyone has frequently experienced.

In the whole debate of circumstantial evidence and strong emotions, the MTR says it only gets fifteen complaints on the subject each week. One wonders why they spend so much on courtesy campaigns if there is such a small problem. 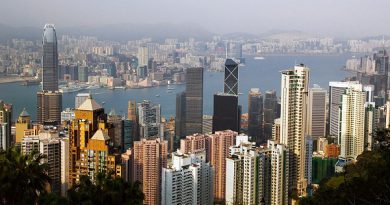