One piece of news that hasn’t made much of an impact in Asia yet has been the re-emergence of the steelworkers in American politics of free trade. And why should it? Well because last week the United Steelworkers Union alleged that China has been illegally helping its companies take dominant market share of the renewable energy industry through subsidies and trade restrictions.

As far as the union concerned it’s time China played by the same rules that everyone else in the world does (except for the US). The union’s case addresses five key areas:

The fact that this isn’t the first time that the United Steelworkers has put China in its sights, should come as little surprise. Anyone remember the Battle for Seattle in 1999? That was when a World Trade Organisation ministerial conference was nearly overwhelmed by protesters of every political hue arguing for every possible position.

Then the loudest rallying calls were demands for free global trade access from emerging economies, China in particular, while US steelworkers protested against losing their jobs because of cheap Chinese steel flooding the US market.

The steelworkers might have made headlines by dumping tonnes of Chinese steel in the city’s harbour, much to the chagrin of the Greenpeace protesters, but the imports kept coming.

This time the protest goes further and could have serious implications on Sino-US relations. The complaint stretches across the complete renewable energy sector and decisions will have to be made during the sensitive time of Congressional mid-term elections.

The union’s complaint has been officially filed with the office of the US trade representative which has passed it on to the White House. Now it’s a waiting game to see whether the Obama administration will follow-up with the World Trade Organisation.

Unfortunately for President Obama it’s a subject that gets the huddled masses quite irate in the US. Just as everyone is expecting the US recovery to stall, the most recent trade figures show that it has a monthly trade shortfall with China of $25.9 billion (ouch), near an all-time high.

Not only that but as part of Obama’s Recovery Act, he shouted from the White House dome that the clean energy sector would be critical to America’s future and awarded billions of dollars in tax credits to companies in the sector.

So the powerful and politically adept United Steelworkers Union has left President Obama to make a decision on his pet project, renewable energy, just as Congressional elections come round. His Democratic party is desperate to regain seats lost at the last mid-term election and not lose any more. This sidebar may have a serious impact on the more controversial (for right-wing Americans, anyway) domestic policies that Obama has espoused.

Of course what makes the issue all the worse is that outspoken critics point to the stimulus package and have been asking why so many foreign companies, in particular Chinese (Yingli. and Suntech Power, for example) benefited from the US recovery package.

So in reality for Obama, while his neck might not yet be in the noose, he is hog-tied and standing under the tree.

Indeed the United Steelworkers might have a point in its broader attack on Chinese protectionism, alleging that an entire industry benefits from a stream of policies to protect it. While the Chinese government might have publicly back-tracked on its “Buy Chinese” policy, other “unofficial” and official supports exist.

A year ago an analysis of Yingli, LDK Solar and Suntech (China’s top three solar related companies by market capitalisation) by an academic in the US, showed that bank loans averaged 25 percent of corporate capital. Many of the loans are unsecured and supported by China’s cash-rich and government-influenced banks: China Construction Bank, Bank of Communication, Export-Import Bank, China Development Bank and the list goes on.

The union is demanding that the Obama administration open talks with China under a WTO process and if the President doesn’t get his way, then make a formal WTO complaint.

I seem to be getting a case of deja vue. 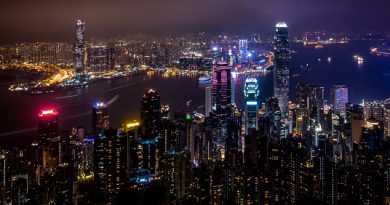