Three years after Indonesia’s stock market opened, by 1992 there was optimism in spite of tough hurdles. Issues of poor investor analysis, regulatory failings, illegal official filings and custodial nightmares were only beginning to be tackled. Originally published in the South China Morning Post, November 26th, 1992.

The general consensus is ‘yes, there are huge opportunities’, but the realities of business in Indonesia still make it a tough place to operate. It seems that wise investors can get good returns and regulatory enforcement is becoming stricter with new authorities in place.

“I get quite frustrated with how people see the Indonesian market at present – they still think it’s in a rut,” said Mr Francis Tjia, chief investment manager of Lippo Investments. But his view is supported by Mr Lester Sturgess, president director of Credit Lyonnais Capital Indonesia – turnover is lousy but returns can still be big.

“Part of the reason it’s seen as still being in a rut is because it’s not an active market – maybe US$ 8 million to $ 12 million traded a day. It’s puny, even Bangkok does something like half a billion, but just look at the overall performance of funds,” said Mr Tjia.

The fact remains that Indonesia is suffering the hangover of the 1989 launch party. And it was a party where the “police” (regulatory authorities) turned a blind eye to some of the guests getting mugged: IPO documents were misleading, governance was unenforceable and local firms saw it as a gold rush.

At the beginning of 1990, 57 companies were listed on the Jakarta exchange. By the end of the year, there were 123.

Many flotation documents bore little resemblance to genuine corporate positions. As one analyst put it, “They saw foreigners coming with loads of money and decided ‘I want a piece of that’. “

After flotation some companies decided to speculate on property rather than to reinvest in the company. To compound it all, the government tightened its monetary policy – interest rates hit 30 per cent and banks were told to meet international capital adequacy ratios within a month.

Altogether, with companies suffering heavy interest rates, liquidity cut and overseas investors fed up with dubious custodial work and regulatory enforcement, the stock market fell from about 660 points in April 1990 to 390 in November.

Custody and administration of shares a nightmare

“Put simply, many of these new flotations had a poor standing – their profit projections were way out and they had poor ethics,” Mr Tjia said. On top of that came a nightmare of custodial work.

When the Bank of Bermuda, which specialises in custodial work, was called in by Lippo Investments and other securities’ firms to find out what was happening, it discovered a disaster. Scrip was missing and nobody knew where it was. The scrip is the piece of paper that is the physical and legal ownership of the share.

“It was like Bombay,” said Mr Sebastian Gunadi, general manager of Lippo Bank. “With the confirmation of buys and sells, securities’ firms were just saying ‘yes’ and everything was being done without scrip, sometimes on receipts, sometimes on photocopies of scrip,” – an illegal practice in most jurisdictions.

As far as Mr Gunadi was concerned everyone was at fault – securities’ firms, regulatory officials and even the investors.

Mr Sturgess agreed. “It was no different to any emerging market where people forget fundamentals – investors didn’t look at multiples.”

But the market has taken some of the problems by the horns. Initially Bapepam, the capital markets exchange agency, came in for some severe criticism over how it handled the new markets. According to Mr Gunadi, it made little effort to do anything. “In the last year, though, they have taken action. They’ve taken on an army of consultants and use Price Waterhouse to tackle financial documentation.” On January 2, the exchange itself was privatised and is now owned by brokers.

They point the finger of delay at corporate offices which do not provide documentation in time, but it is the trading house that gets fined.

Mr Tjia also said there was now retribution on those companies misrepresenting accounts. The stock exchange itself is also making an example of companies being late with reports. For example, Hotel Prapatan refused to register a new owner due to an internal dispute with a partner. The stock exchange told it to comply otherwise its stock would no longer be traded. Revealing “material information” is much more strictly examined.

But not all houses take such an optimistic view. Even Mr Tjia admits that while the improvement has been immense there is still a long way to go. “Many parts of this private sector have ‘vested’ interests,” he says.

One area of “vested interest” has been the argument that all companies coming to the exchange, and already on it, should be fully listed, not just partly. The power of family ownership currently dominates the voting rights. When this was proposed one of the current family conglomerates refused, and the exchange quietly scrapped the idea, according to one broker.

As for company reports, Mr Sturgess said there remained a lack of concern about them. Under the regulations, results can be done by simple publication. “That can be any publication and there’s no requirement for a simultaneous report to the exchange.” He also said many of the reports were just A4 sheets of paper with a bunch of figures on them.

But he did agree that things are getting better, partly because many of the larger and better-run companies now recognise the stock market as an ally.

Mr Sturgess believes he gets more co-operation when visiting many firms than he would elsewhere. “That allows me to do genuine fundamental analysis ahead of the pack.”

“The message is slowly seeping through to companies like Hero (a supermarket chain) which talks to minority shareholders, says what its numbers are and doesn’t tell blatant lies,” said Mr Sturgess.

Both Mr Sturgess and Mr Tjia remain bullish on the stock market’s future and agree with others in the industry that an enormous amount of progress has been made, with a lot more to come.

“My clients are making money from the markets and next year we’re looking at very good earnings growth. I think that if you take the top 10 companies out and estimate growth, it could be over 30 per cent,” said Mr Tjia.

While Barings is more careful with a six per cent earnings growth forecast across the market, Mr Sturgess is hoping for about 24 per cent.

Among sectors, both Lippo and Credit Lyonnais expect the cabling industry to be a big winner due to the enormous amount of infrastructure redevelopment. The retail sector is also favoured.

But the market is looking limp in terms of turnover. Mr Tjia does not think it will be kick-started by foreign investors this time. It was hoped that by allowing foreigners to buy into local banks it might stimulate some interest, but little happened when the rule was relaxed at the beginning of this month.

What may have more effect, as the level of interest rates gradually falls, is when state and corporate pension funds are allowed to invest in the capital markets. 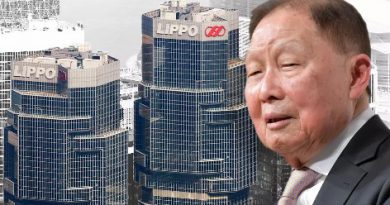 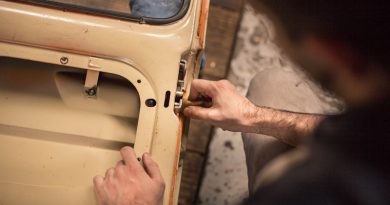 Long way to go for car-makers